Anne Kaferle’s landscapes and cross sections of land formations are featured in a new show at TROVE Gallery in Utah.

Opening July 1 at TROVE Gallery in Park City, Utah, is a new solo show for Anne Kaferle, who has taken the Utah landscape and distilled it into evocative musings that highlight two uniquely paired and conflicting systems: science and emotion.

“I paint landscapes but with a geologic leaning. They’re the blending of the science of geology and art,” she says. “From the first highly important wash I do—it’s almost color field at first—to the expressions of the landscape, the atmospheric perspective, the warmer colors and the macro-level views of some of the works, I’m trying to connect with the natural state of the land.” 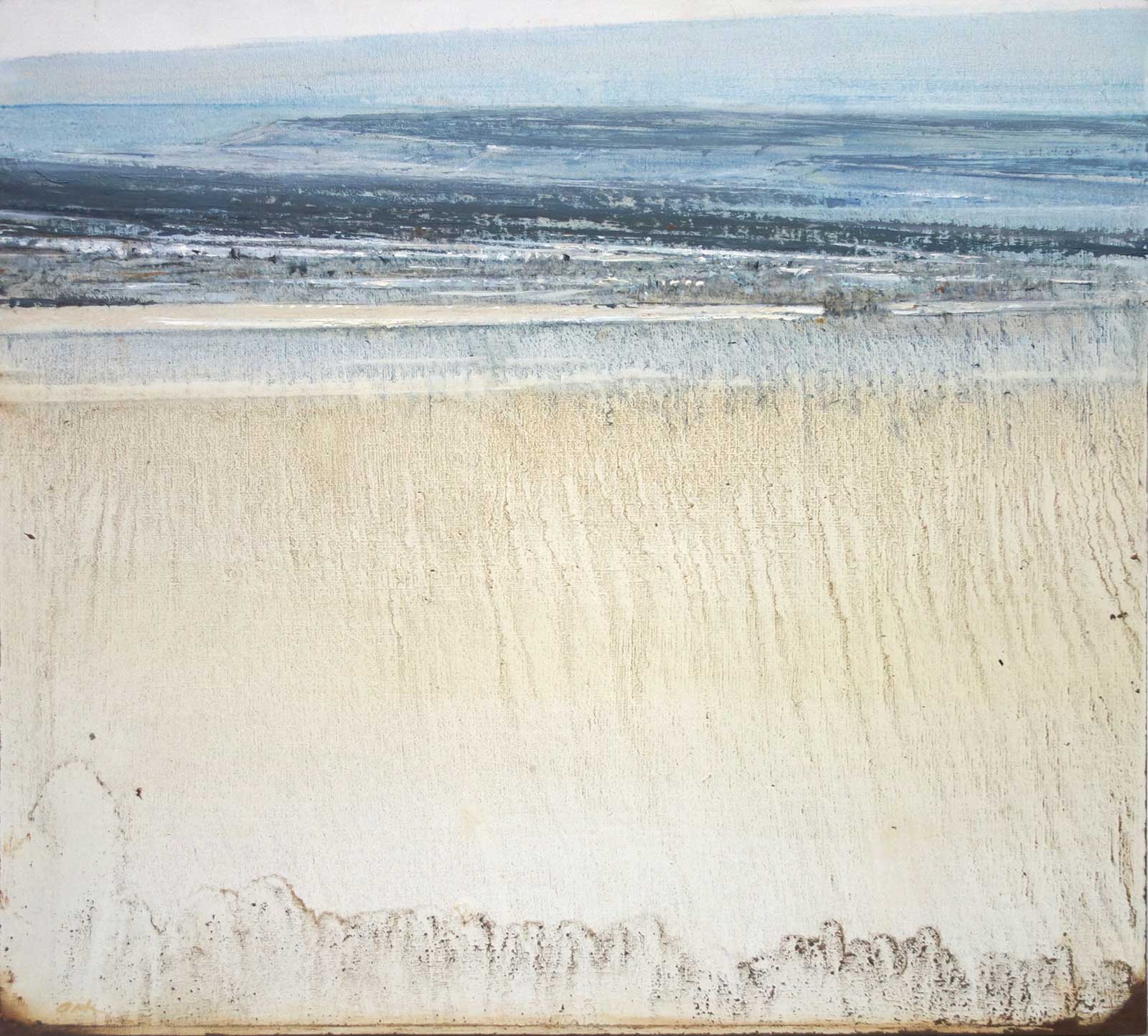 Kaferle’s work, which is realism with an expressionist sensibility, is light and delicate, with much of the power coming from simple shifts in color or subtle mark making. “I think of it as abstracted landscapes that border on realism,” she adds. “But I also don’t like to set myself in one particular thing. I’m just not concerned where my work falls because I’m trying to communicate the feeling of the landscape. I love this idea of feeling deep time in the landscape, especially the desert. It’s there that the landscape is stripped bare, exposing hundreds of millions of years of geologic record. And standing there and taking it all in, it gives you a special feeling within the land. It shows your insignificance, but also expresses its power.” 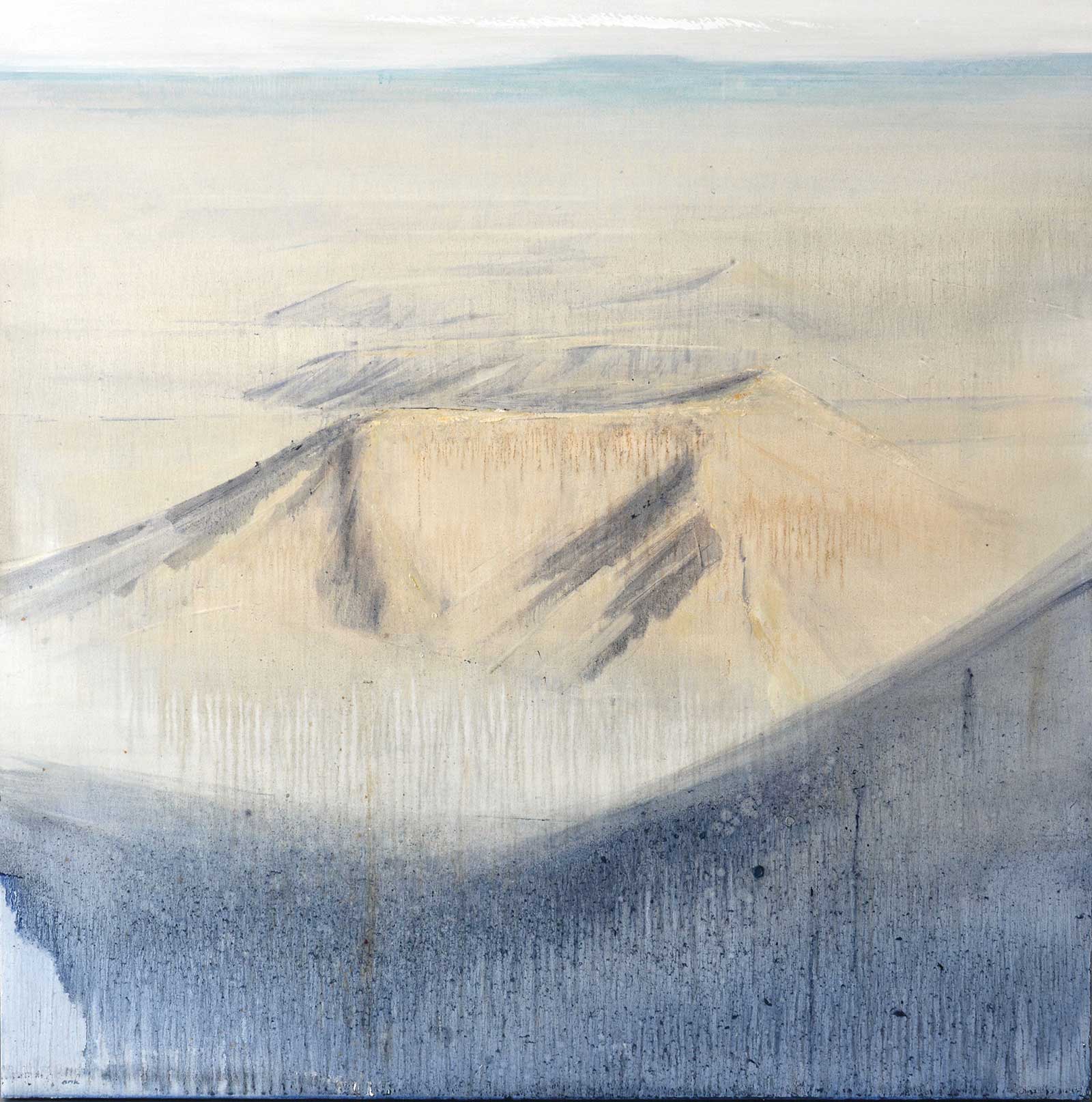 The artist is based in the Utah town of Helper, which received its name from the helper engines that push trains up the steep grade into the high desert of central Utah. It’s very much a Western town, and even Butch Cassidy would frequent the mountain village before and after holdups. When railroad lines, and later roads, made their way into the area, crews would cut paths through the rock. Today many of those century-old cross sections are still visible, and are a source for Kaferle, who is drawn to the layers of sediment, stone and soil. She paints these layers of earth in Column, which shows a central vein of rock that slowly fades into wispy blues, grays and tans. She begins many of these works as plein air pieces, but occasionally finishes them in her studio. 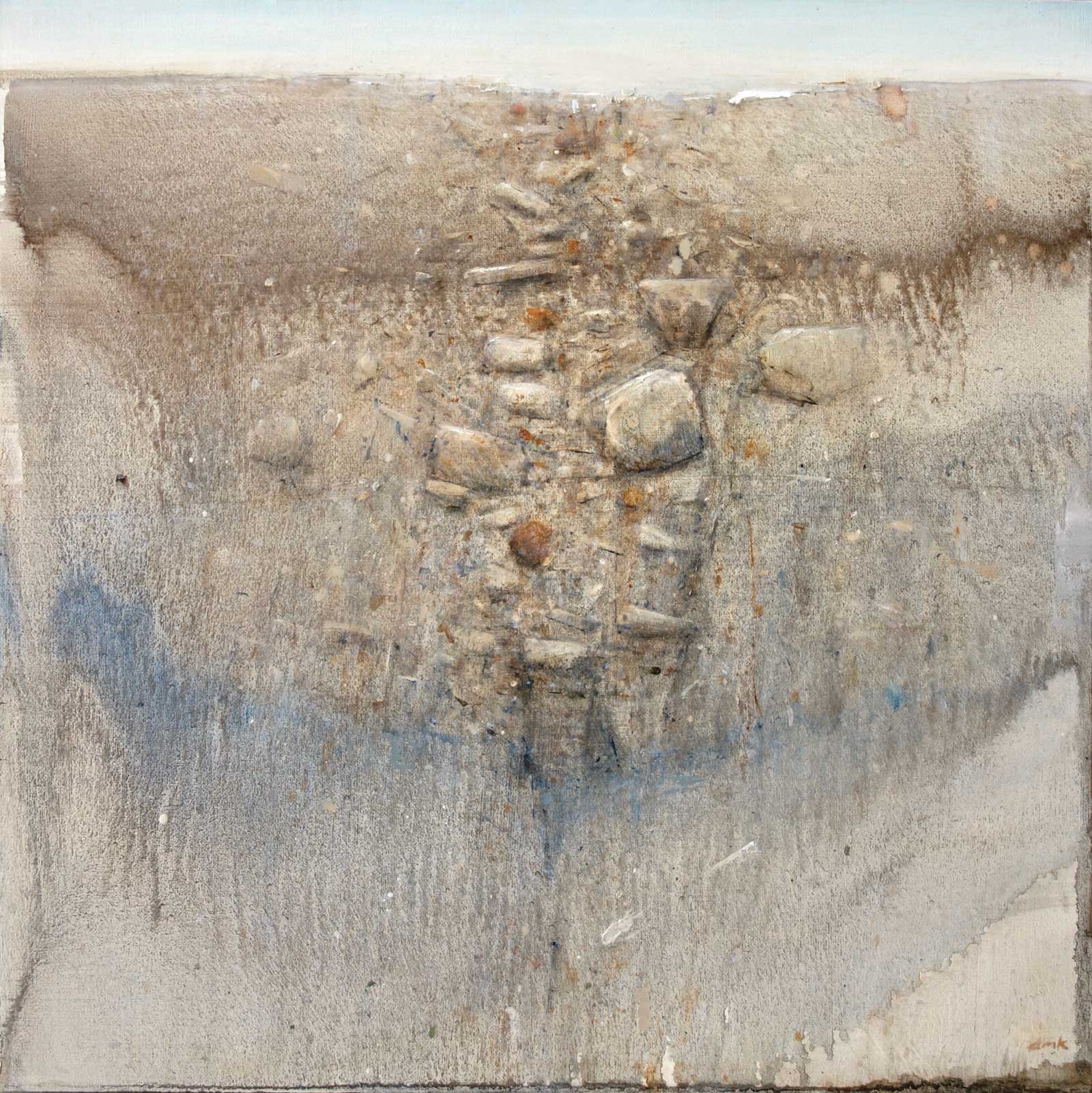 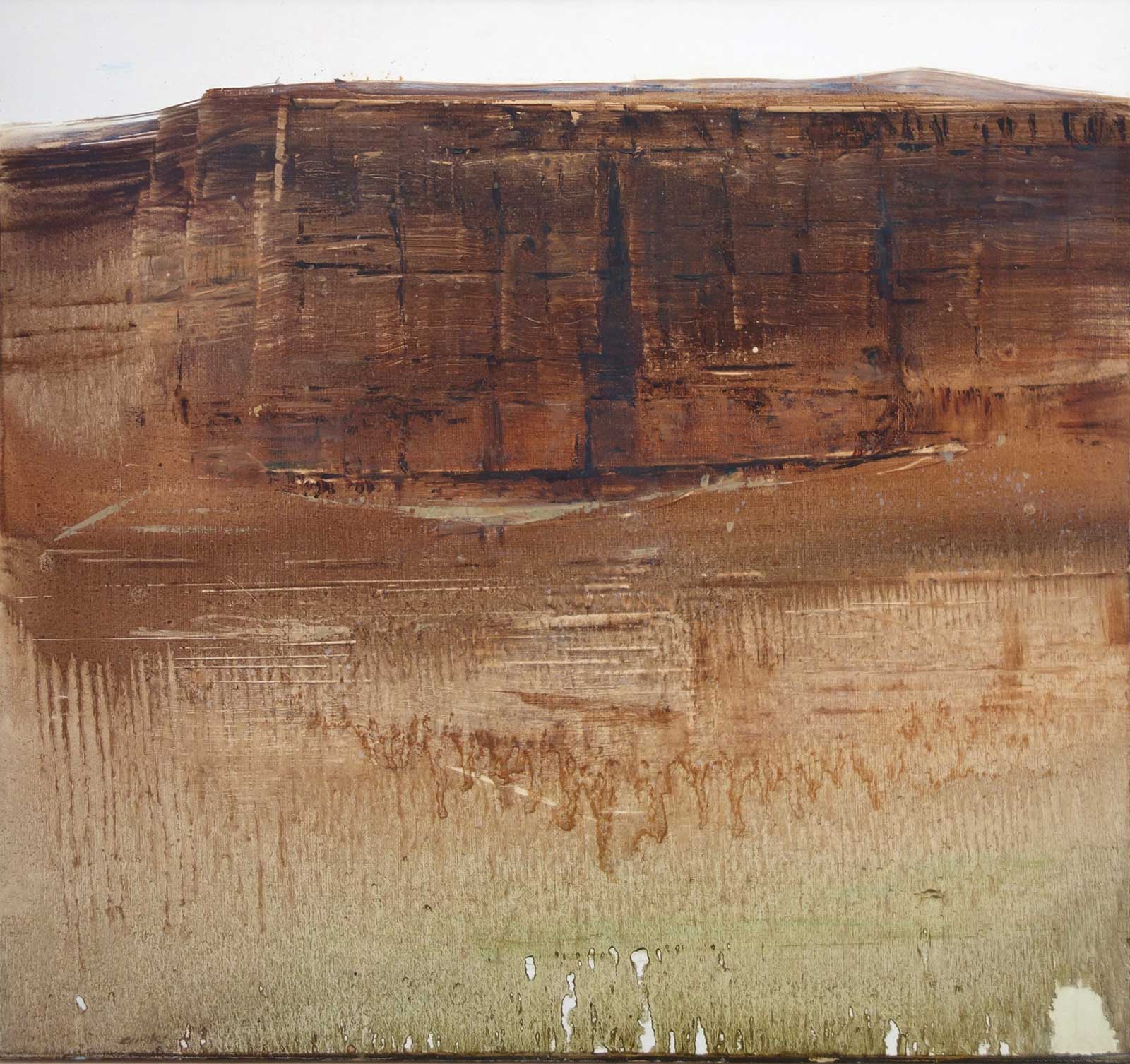 “I just love the giant cobbles and the sandy matrix, so I’ll begin many outside, but others will be started in the studio. They begin with a simple charcoal drawing—very minimalist. I go after what’s important,” she says. “I won’t use brushes past the first couple of stages, and then I’ll use a palette knife to make marks. Crude tools allow for more accidents to happen, and those tend to feel more true than the ones that are painstakingly drawn with the brush.”

Artist and teacher David Dornan has worked with Kaferle and admires her work. “Anne paints from a poetic response, she feels the subject rather than just seeing it. Her work is what all artwork should be, a response on all levels that gets her to that place instead of a visual equivalent,” he says. “Anne brings something new to the art world while staying connected to the tradition of painting. Her work comes from her center with little interference from the commercial world.”

Her solo show runs at TROVE throughout July.